The Oppression Of The Seven Chakra System Of Duality! 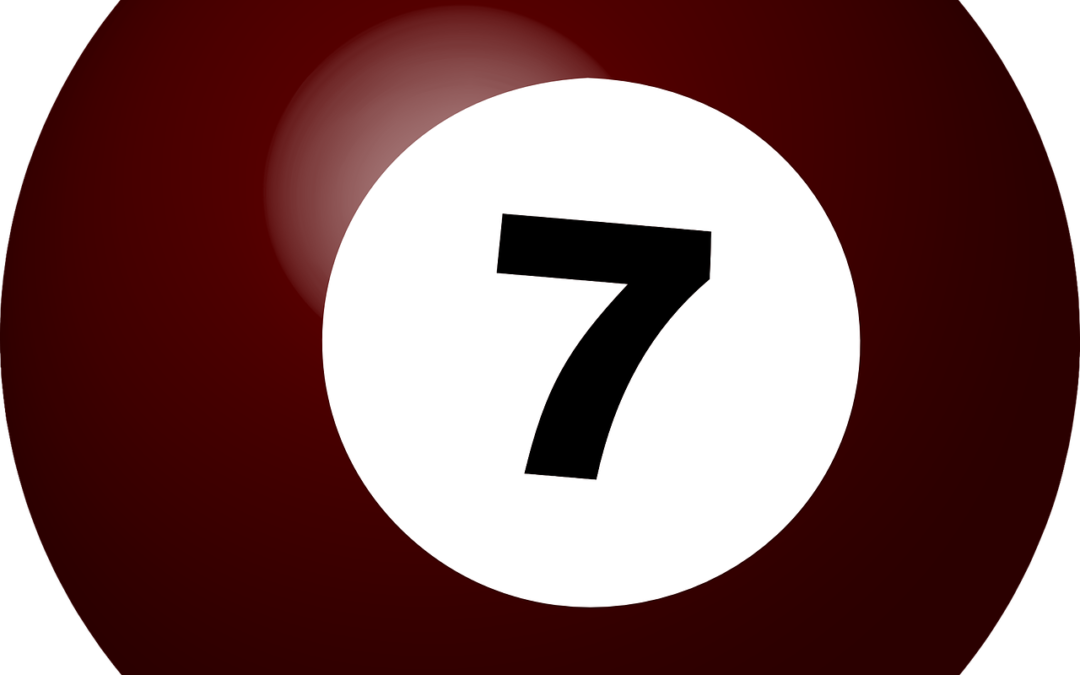 Hmmm! Throughout “his”tory of this planet, which is male-based, not gender, but left Duality Computer-based brainwashing to the “right” male side (not gender) of the human body, get it! Duality is all based on RIGHT and WRONG. The male Duality Belief Systems are always right regardless of the language, the place on this globe, the society on this planet… the Male Side is Always RIGHT! The Female side left side of the body is always WRONG.

“She” is the slave, she is the one who walks behind the man, she is the one who bears the children, bares the blame, bares whatever it is. For sure I am not being judgmental just providing insight and facts of how the number Seven is repeatable all over this planet and even in this Duality Universe!  It is the number of Duality Enslavement. No judgment…just the facts!  Remember all genders have these two aspects within them…male and female!

Pythagoras said the number Seven is Spiritual. Talk about a program of Duality. Even using the word Spiritual to Con people.  The Seven….seven heavens, seven wonders of the world, seven metals, seven days of the week, seven seas, seven sages, seven hills and kinds of Rome, seven daughters of Atlas known as the Pleiades, there are more than seven, they could only be seen by the eye before telescopes. OMG…

In Christianity, no judgment, here are seven identifiers of the Duality Matrix of entrapment. The Seven… the seven loaves of bread multiplied into the seven baskets of surplus, seven demons were driven of Mary Magdalene, she certainly got labeled as a tramp, the seven last sayings of Jesus, the seven men of honest report, full of the Holy Ghost (who is that?), the seven spirits (spiritual omg), the seven churches, the seven seals in the book of Revelation. Now I am not making fun of these ideas, but they are all the same. The entrapment into the number or numerology of seven.

It continues in “Christianity”, the seven gifts of the Holy Spirit, the seven corporal acts of mercy, the seven deadly sins, the seven virtues (of course to balance the seven OMG), the seven joys and seven sorrows of the Virgin Mary, the seven sleepers and the seven sacraments of the Catholic Church. Are you beginning to see the patterns of brainwashing!

How about Eastern tradition… trade “it” (the truth) at your ion or cellular level of beingness, OMG! The seven steps taken by Buddha at birth, oh yeah, the seven chakras, the seven lucky gods in Japanese, the seven sages in China, the seven minor symbols of yang in Taoist yin and yang (OMG) seven divine ancestresses of humankind in Khasi mythology, the seven social sins by Mahatma Gandhi!

Are you beginning to see a trend of Duality? Doesn’t matter what religion, what Duality Belief System, what Duality program of “con”trol, they all say the same thing regardless of language, place on this planet, the symbology is exactly the same.  Language does not matter…. Duality just brainwashes humans left computer brains. Get it!

Let’s see in Islam. The seven ayat in surat al-Fatiha, the first book of the Quran, the seven circumambulations of Muslin pilgrims, the seven doors to hell, the seventh days for the babies ceremonies, the seven enunciators of divine revelation, the circle of seven Koran, the holy scripture of the Moorish Science Temple of America.  Seven, Seven, and more Seven!

Now let’s get Hinduism. The seven worlds in the universe (which is a universe of duality), the seven seas in the Hindu cosmology, the seven sages, and their seven wives, the seven stars in a constellation called Saptharishi Mandalam, in Indian astronomy, the seven promises, the seven circumambulations around a Hindu wedding fire, the seven virgin goddesses, the seven hill of Tirumala, the seven octets in Indian music. Just more sevens of Duality in this belief system. Again, no judgment just pointing out the indoctrination of the seven by the Duality Belief Systems.

Are you starting to get it? Seven is really in all Duality Belief Systems, especially the seven chakra system, that keeps people of all races, creeds, colors, groups in line!  Time to get out of line. In the seven chakra systems, the belief system is to have them align.  There are some individuals who claim “they” can align your chakras or open them.  NO NO NO! Do not allow someone to align or “open” your seven chakra system. Unless you would like to be discombobulated and “open” to issues of being preyed upon by other inferior people/beings, who are waiting to take advantage of a seven-chakra system victim. OMG!

The word charka simply means a circle. A circle of information in the case of the human body.  So… each chakra in Duality is meant to be disconnected from each other. The first chakra is where the Duality Belief Systems are imprinted as templates of victimhood.  As the resonance of energy moves into the second chakra, the creative chakra of the left female side and the right male side, then the “two” have to create roles or profiles of victimhood experiences to be in disconnected alignment, yes disconnected alignment with the Duality first chakra to create and recreate the trauma dramas.

In these two first chakras, the victim programs of abuse, especially sexual abuse occur here. This is the area that is connected to the Duality left computer brain that provides the “energy” of victimhood to be created and recreated in a lifetime or in the continuum. These two chakras misalign in their victim alignment with the resonance of Duality. Through the release of energy from the inside of the body to the outside, the frequency and vibration predicated upon the resonance of being victimized occurs. Any kind of abuse occurs through this aligned misalignment!

The third chakra in this Duality system houses two individuals… your Childish Adult Ego and your Perfect Child Within. Duality, of course, is your CAE. Your Childish Adult Ego buys into the Duality trauma dramas through the left computer brain. They are so connected in the disconnections of you and of anyone through this energetic dysfunctional relationship. Just how it is.  Your Perfect Child Within is the Self-Healing through becoming your inner Non-Duality Consciousness as the foundation of Newness from within you! Here is the place of Non-Duality Choice or emotional Duality decisions. This area of your body is part of your Feeling Center, your Perfect Child Within with the connection to your Heart!

The fourth chakra is your Heart. Through scientific testing, there is no doubt your heart is the most expansive energetic unlimited resource for you. When your heart is trapped in Duality, it is “con”fined and entrapped in the energetic connection of your left computer brain and your Childish Adult Ego. Your heart suffers the consequences of heart issues. A broken heart, heart conditions, heart attack…all the heart problems associated with heart dis-ease, and illness of emotional Duality set-ups.  Consider this!  Perfect heart, your Feeling Center with the Perfect Child Within, or the Duality alternative of your programmed left computer brain that loves the trauma dramas, the illnesses, the dysfunctions.  You have a conscious choice through your heart. You are confined to emotional decisions through your left computer brain.  Clarity or density? Up to you! This is your Feeling Center with your Solar Plexus!

The fifth chakra is your throat. Contrary to popular Duality Belief Systems, especially in the metaphysical belief systems, the going belief system is that the heart is the most important chakra. No… it is not! Why? Because when your heart is blocked and “con”trolled by the Duality left computer brain it cannot function at its optimum capacity of pure heart energy.  Just consider… when you cannot speak your truth from your heart, your throat chakra is blocked. You cannot speak your Truth.  This is WHY it is of the utmost importance, that your throat is connected to your Non-Duality heart so you can, for sure, without doubt, speak your TRUTH. Speaking your Truth on a sound planet such as Earth is why this throat chakra is so IMPORTANT!!! The sound of your voice is a resonance of your sound of Truth. When you are “con”trolled by your Duality left computer brain, the sound of your voice is “telling the trues of Duality, speaking the programming in whatever language you speak! Amazing how it all works!

The sixth chakra is your third eye. This is a fabulous place for you to realize with real eyes what is going on in your life. This is the place that provides you the opportunities to “see” when you are detached from all of the emotionality of the Duality programming what is really going on in your life. This is called your “Insight”. Your real Non-Emotional NEO views of your life, all the life around you…your relationships, your experiences, your situations, your events… all facets of your life from a NEO standpoint. In this stance, you “see” the difference between what is your Truth and what is the “con”trolled trues all around you. Especially at this time, SEEING THE TRUTH is the best place to be!

The seventh chakra is your crown. What does it mean to have a crown? It means you are the royalty, the Godness within YOU, the connection to all the dimensions in which you resonant relevantly. What is the relevance? In Duality the relevance is for you to be “con”trolled, to be manipulated through all the versions of the Duality Programming to make you less, not good enough, get it, lose it, or whatever the “right” and “wrong” issues are. In your Non-Duality Crown chakra, when you are so connected to your Self through your Feeling Center, your heart, and your solar plexus, you are on track. You are “hooked” into the “con”tract or “con”tracts of the Duality System. You are on your own amazing, directed, focused, make sense path, way, course, whatever you would like to call your own inventive way. This is the place of movement, to become the Godness within YOU to create, implement, manifest and actualize your life and lifetimes as you totally comprehend you are in charge of all your experiences in your life. When you get caught up in Duality, your crown chakra turns, bends over, bows and returns over and over again into the Duality first chakra of belief systems, the b.s. As you become more deliberately conscious, you do not have to bend or bow down to the limitations of the Duality belief systems, the b.s. that held you in bondage for eons. The do-over do-over do-over repetition of Duality is broken. You free your Self.

TAKE BACK YOUR POWER…YOU BECOMING YOU AVAILABLE ON AMAZON!